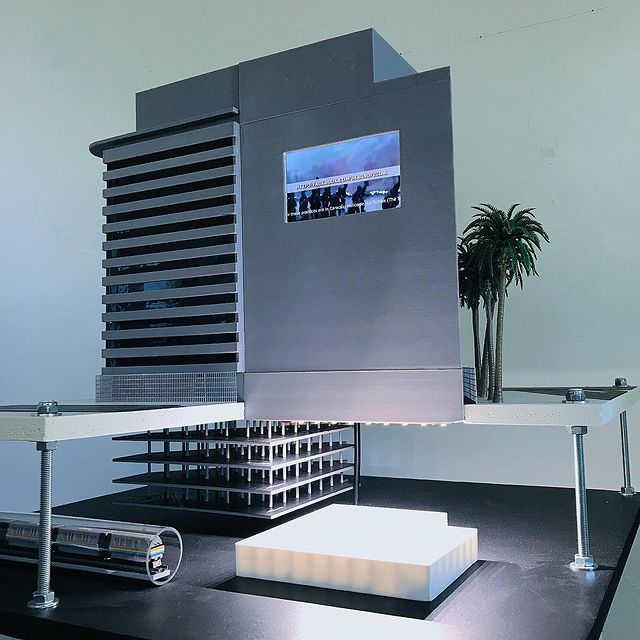 The “Tomb” is a detention and torture facility located in the fifth underground parking of the
SEBIN´s second and most updated headquarters in the city center of Caracas. The cells
are two by three meters, tempered to 5°C with AC and equipped with a cement bed,
security camera and a bucket serving as lavatory. The walls and floors are white, no
windows and barred doors. Cells aligned next to each other making interaction between
prisoners impossible. Bright lights flood the cells 24 hours a day; causing prisoners lose
their sense of time. Prisoners use the sounds heard by the nearby Caracas Metro trains to
mark the beginning and end of a day. The building was originally designed as the
corporate office tower of the Caracas Metro and as a meeting point station for the major
Caracas Metro Lines (L1, L3 and L4). The project was completed in 2010, although the
use of the tower by the Caracas Metro was never realized as the SEBIN eventually made
the tower its headquarters. Since 2014 the Foro Penal NGO has documented at least
15.160 arrests related to political issues. Today, some 510 political prisoners are being
held while another 8,000 are prohibited to leave the country specifically for dissenting or
participating in demonstrations against the regime.